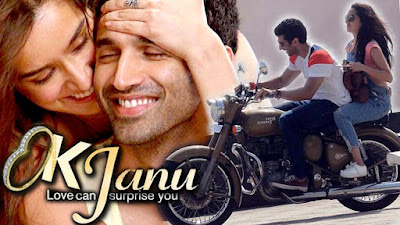 Bollywood's favourite on-screen 'jodi' Varun Dhawan and Alia Bhatt will soon be back on the big screen with their latest romantic flick 'Badrinath Ki Dulhania'. While fans count down to the big release on March 10, the two stars have been wooing the audience over with their hit dance tracks, the latest being 'Tamma Tamma Again'.

The song hit the 10 million mark on YouTube, within days of its release. 'Tamma Tamma Again' is the reprised version of the famous 90s track from Sanjay Dutt-Madhuri Dixit-Nene's flick 'Thaanedaar.' The song which was originally sung by Bappi Lahiri and Anuradha Paudwal has been re-done by Badshah and Tanishk. Bappi Lahiri also lends his voice to a part of the song.

While the song has become a hit with fans, It looks like it has also won the 'Tamma Tamma' singer Bappi Lahiri's seal of approval. He went on to record a video of himself crooning the popular track and signed off saying, "Tamma Tamma is back again!"

Alia Bhatt later shared the video on her social networking handles. Watch the clip below:
Posted by at 01:41