It's love in Singapore for Varun Dhawan and Alia Bhatt 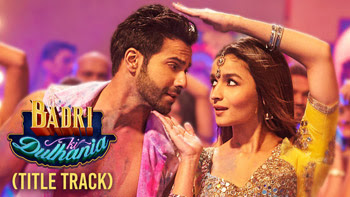 Actor reveals work on Judwaa 2 is likely to begin by Feb 2017; leading ladies to be announced soon... After a well-liked throwback to Shah Rukh Khan and Kajol's iconic Dilwale Dulhania Le Jayenge in Humpty Sharma Ki Dulhania, Varun Dhawan and Alia Bhatt reunited to kick off the second film in the franchise, Badrinath Ki Dulhania, in May in Mumbai before moving to Jhansi and Kota.In October, the duo flew out to Singapore. Speaking to Mirror from the Lion City, Varun informed that the team has been shooting everywhere, including the Sentosa Island, Universal Studios, Orchard Road, and Chinatown.

'Three days of work remains before we wrap it up here. This story begins with certain hardships for the couple and their love blossoms in Singapore.We've even skidded around on an electric scooter which is the popular mode of transportation for locals here,' the 29-year-old actor revealed. It's been all work for the dilwale and his dul hania who start their day at 6 am and wrap up the shoot only around 7 pm after which they are too exhausted to do anything. action 'I've shot some sequences, dialogue besides a song and routines,' he hat sighs tiredly, adding the last schedule is in Mumbai. Mirror on Wednesday reported that Salman Khan is set to make a special appearance in Varun's next, Judwaa 2, being directed by his father David Dhawan.
Posted by at 02:17